- The first city I will talk about will be Bologna, the capital of the province of the same name. "I love Bologna; for the failures, the mistakes, the blunders of the youth that I gladly committed here and of whom I do not know how to repent. I love her for her loves and pains, of which she, the noble city, keeps my memories in her districts, she keeps my religion in her Charterhouse. With these splendid words Giosuè Carducci described Bologna, a city that has about 390,000 inhabitants and ranks seventh most populated municipality in Italy. Home to the oldest university in the western world, Bologna is home to many students. Known for its towers and long arcades, it has a well-preserved historic center, among the largest in Italy. Bologna is situated in the southern foothills of the Po Valley, close to the first hills of the Tuscan-Emilian Apennines, between the mouth of the valleys of the river Reno and the Savena stream. This city has been the mother of some of the most famous poets in Italy, such as Lucio Dalla, whose words are posted in Via D'Azeglio, one of the most characteristic streets of Bologna, with its markets, craft shops and its vitality typical of this magnificent region. If you happen to visit Bologna you can not help but be fascinated by Piazza Maggiore, with the Fountain of Neptune, where the most important medieval buildings overlook. Or the Asinelli Tower, built between the twelfth and thirteenth centuries for military defense. In addition to fascinating architectural works, Bologna is famous for its cuisine: ragù and tortellini are the principles of Romagna cuisine: you can taste them almost anywhere, sitting at a bar or walking and observing its wonders. Also from the real estate point of view, Bologna has great surprises in store. In fact, it is possible to buy a property in Bologna. Let's see some together. A few minutes from the center is for sale a studio with garage for 240,000 €. A building to be completely renovated is instead available for the price of 79,000 €. In via Panigole, in the supplied area, is for sale an independent house with small exclusive courtyard at 280.000€.

- The second city I will talk about will be Monterenzio, a small village of about 6 thousand inhabitants. Despite the capacity of this country, there are many beauties that make it unique. The surrounding hills and mountains allow you to enjoy breathtaking views, such as Monte delle Formiche or Monte Bibele, unique examples of pure nature, where you can hiking and unplugging from the frenzy. Also from the real estate point of view Monterenzio offers different solutions. In fact, you can buy a property in Monterenzio, let's see together someone. In a prestigious residential area is for sale an apartment of about 100sqm recently built located on the first floor of a building with elevator at 149,000 €. Immersed in the hills of Romagna, with panoramic views of the country, is instead for sale a rustic farmhouse on the ground floor with large private garden at 95,000 €. And still a terraced house of 205sqm with garden is available for 270.000€. 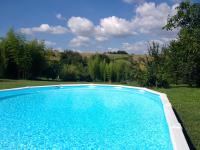 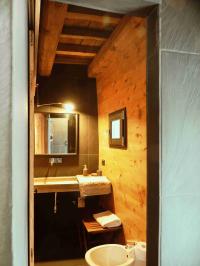 216,504.00USD
For sale
House
70 m²
We are in the green Tuscan-Emilian Apennines, right on the border, in a small historic village with a panoramic view and near a lake. The total renov...
Add to favourites Details
REALIGRO FREE ADVERT
Cod. 35841

288,672.00USD
For sale
1 Bedroom
60 m²
For sale floor on ground floor, very bright and quiet. Just a few minutes from downtown walking. Included in the price is a private garage with indiv...
Add to favourites Details
REALIGRO FREE ADVERT
Cod. 32461 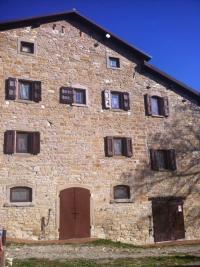