The province of Biella is a province of the Piedmont region of about 177,000 inhabitants, located north of the province borders the Valle d'Aosta and on the other fronts with the metropolitan city of Turin and the province of Vercelli. As for the province of Asti, the history of this province begins in 1622 with Carlo Emanuele I (Savoy) who decided to divide his possessions into 12 different territories, this for a greater benefit in the collection of taxes. At that time the territory of Biella was very different from today's, at the time it also included some municipalities of Canavese and Vercelli. In 1858 this province disappeared and became a simple district that was merged with the province of Novara. The full establishment of the province of Biella took place only in 1992 by separation of the province of Vercelli. Today 74 municipalities belong to it. The territory is rich in watercourses and is for the most part occupied by three regional protected areas: the park of Burcina, a special nature reserve and a regional one. Below I will tell you about the most interesting ones from the point of view of tourism and real estate.

- The place I will tell you about will be Biella, the provincial capital of the same name. This municipality of only 45 thousand inhabitants has its origins in the early Middle Ages (although many finds have been found belonging to the Palaeolithic). For a long time it was dominated by the bishops of Vercelli and then by the Savoy, but it was only in the nineteenth century that Biella began to develop in both urban and industrial, very important textile industries that have made it known in the Italian landscape and not.
The upper part of the city is a real medieval village and is considered the real heart of the town, until the nineteenth century this village was also the seat of the municipality. It is impossible not to remember the role that the town of Biella had during the second post-war period, emblem of the Resistance in Piedmont as it was the scene of intense partisan struggles. As you will have understood, the centenary past of this town, makes it a real open-air museum, there are many palaces and monuments, as well as many villas and squares. Surely the cathedral, the baptistery and the bell tower of St. Stephen occupy a place of excellence, just in the historical, tourist and cultural context. From the real estate point of view, buying a property in Biella is possible despite the fact that there are not many offers: for a villa of 600sqm the price is about 1,280,000 €; for a commercial activity the price varies from 270,000 € up to more than a million euros.

The territory of the province of Biella is all to be discovered, in particular I recommend you to spend some 'of your time along the Biella Alps, a real treasure set in this province where you can fully live nature, enjoying the views really beautiful. 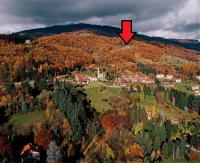 407,222.40USD
For sale
Farmhouse
310 m²
Cascina Canale is easily reachable from the Carisio exit on the A4 motorway in thirty minutes; the ancient rural stone building (1863) is located in S...
Add to favourites Details
REALIGRO FREE ADVERT
Cod. 36940 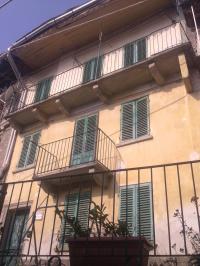 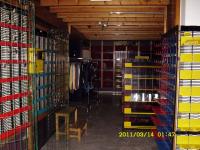 325,296.00USD
For sale
Shop
163 m²
The shops are situated in Biella a nice medium Italian city , very famous for texile industry , I´m selling it cause my father deaths and he left ...
Add to favourites Details
Daniele Laganà
Cod. 4337