The province of Benevento is an Italian province in the region of Campania. It is bordered to the north by Molise, to the east by Puglia, to the south by the province of Avellino and Naples, to the west by Caserta. Located in the heart of the Southern Apennines, the province has the shape of a large basin whose soils are mainly clayey and calcareous, with volcanic traces.

The most attractive city from the point of view of tourism / real estate is certainly Benevento, the capital of the province of the same name. Also known as the "city of witches", Benevento is a genuine city, which bases its economy on the cultivation of olive trees, grapes and tobacco, but also on tourism, thanks to the legends about this city. It is said that witches liked Benevento very much and it was from here that they flew aboard a broom! Benevento has a very ancient history, already in the Roman period was a well-developed city, in fact we still find remains of a time so distant. The Arch of Trajan, the Roman Theatre or the Arch of the Sacrament are just some of the beauties that this wonderful place preserves. The cuisine of Benevento, for example, occupies an important place in the beauties that make it unique. Also from the real estate point of view Benevento reserve of goodies. You can indeed buy a property in Benevento. Let's see some. Throughout the province there are several possibilities for renting, for example on the quiet hills of Colle Sannita is for sale a villa completely renovated for 140,000 €. If you love the large green spaces and the most isolated houses, in Cautano there is something for you. In fact, you can buy a large villa surrounded by greenery at 1 km from the town at 370,000 €. In Telese Terme is for sale a cozy apartment of 60 square meters, brand new and never lived for only 38,000 €. Also in Telese Terme, in the central area you can buy an apartment on the second floor of a building with terrace and garage at 125,000 €. If you are looking for a place to open a new business, know that in Frasso Telesino, a village on the Benevento hills is for sale a Bar / Restaurant / Nightclub for 420,000 €.

180,075.00USD
For sale
Other (Residential)
140 m²
The arthouse in Guardia Sanframondi is an historical property in the heart of the town’s medieval quarter. It has 10 rooms, two balconies and a garden...
Add to favourites Details
REALIGRO FREE ADVERT
Cod. 35872

504,210.00USD
For sale
Bar/Restaurant/Nightclub
600 m²
Farmhouse located in the heart of the Benevento hills. The property consists of a farmhouse on two levels totally renovated and furnished with an area...
Add to favourites Details
REALIGRO FREE ADVERT
Cod. 30665 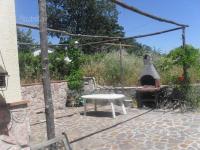 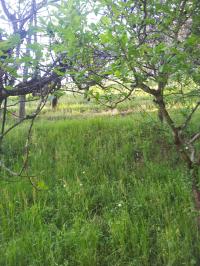 111,646.50USD
For sale
Farmland
7500 m²
immediate outskirts of benevento, in a well served with public transport, we have land facing the road, with olive trees, vineyards and fruit trees, e...
Add to favourites Details 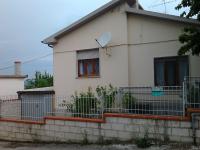 168,070.00USD
For sale
Villa
90 m²
Single-family house combined with 1 hand on the quiet hills of Sannio at 720 meters above sea level, consists of 2 bedrooms, 1 kitchen with a fireplac...
Add to favourites Details

96,040.00USD
For sale
5+ Bedrooms
100 m²
Newly built apartments for sale in the building with private park and self-parking, 65 apartments at 130 square meters.; Apartments with parking and s...
Add to favourites Details 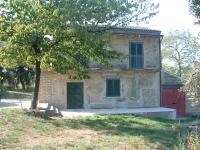 240,100.00USD
For sale
Farmhouse
15000 m²
Farmhouse, located in rural area Solopaca, surrounded by vineyards more fruit trees of about 15000 square meters. The vineyard is in the process of ...
Add to favourites Details

444,185.00USD
For sale
Villa
200 m²
The villa is about 1 km from the town of Cautano (BN) is easily accessible through a convenient way asfaltata.Cautano stands on a hill 300 meters over...
Ask info about similar real estates